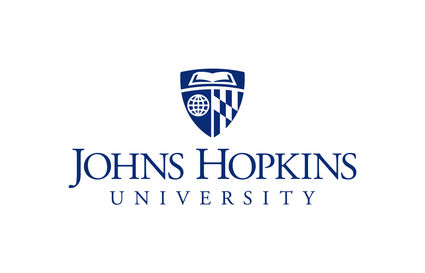 Johns Hopkins University recently released a meta-analysis of multiple studies on government-imposed COVID-19 lockdowns in the spring of 2020 in the U.S. and Europe. The studies show how ineffective draconian lockdown measures were in battling COVID-19, as the reduction in mortality came out to just 0.2 percent.

Researchers wrote, "While this meta-analysis concludes that lockdowns have had little to no public health effects, they have imposed enormous economic and social costs where they have been adopted. In consequence, lockdown policies are ill-founded and should be rejected as a pandemic policy instrument."

In June of 2020, Minnesota amateur baseball teams ran out of patience waiting for Minnesota Governor Tim Walz on allowing them to play games in a wide array of outdoor stadiums across the state. In an act of widespread solidarity, they played these games anyway as an act of civil disobedience. At the time, no one knew whether or not Walz would send law enforcement to shut the games down. The record shows that spies were indeed sent to these games to monitor crowd sizes and other interactions of attendees, but law enforcement never ultimately stopped the games.

The Elrosa Saints amateur baseball team hosted the Cold Spring Rockies on Friday, June 12, 2020 as part of a handful of protest games around rural Minnesota. The door was busted down, and town team ball was then played into the first weekend of September with the state tournament.

Sadly, you won't read about this Johns Hopkins University study on main stream media outlets. Grabien transcripts, which categorize and itemize news pieces on the Internet, show that CNN, MSNBC, ABC, CBS and NBC all took a pass on publishing the study. This is crazy town.

JHU researchers studied the effectiveness of school shutdowns, business closings and mask mandates on COVID-19 deaths. They found little to no evidence that the mandated lockdowns in the U.S. or in Europe had a measurable effect on mortality rates.

Not surprisingly to those who had their brains engaged this whole time, limiting gatherings may have increased COVID mortality by forcing infected people to shelter at home with family members, increasing their viral loads and causing more severe illnesses. The researchers wrote, "But often, lockdowns have limited peoples' access to safe (outdoor) places such as beaches, parks, and zoos, or included outdoor mask mandates or strict outdoor gathering restrictions, pushing people to meet at less safe (indoor) places."

They also noted unintended consequences of the lockdowns include rising unemployment, reduced schooling, an increase in domestic violence incidents and surging drug overdoses.

My two cents: those consequences were not unintended. They were deliberate. The powers-that-be knew that the lockdowns would cause more government dependence on society. They knew what they were doing. They are positively evil.