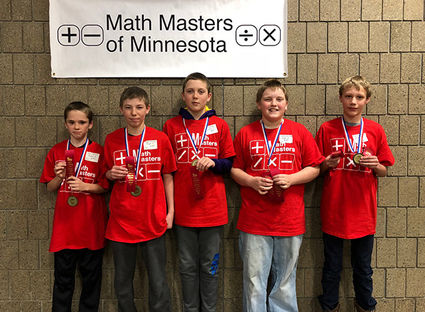 A total of 115 students on 23 teams competed individually and as teams on eight sets of mathematical problems in this event.

Math Masters began as a fifth-grade math competition program in 1989 with 44 schools. In 1995, it expanded to sixth-graders. This year, about 5,500 teams are registered to compete in Minnesota.