Concert in the Park opens up Belgrade August Fest 2018 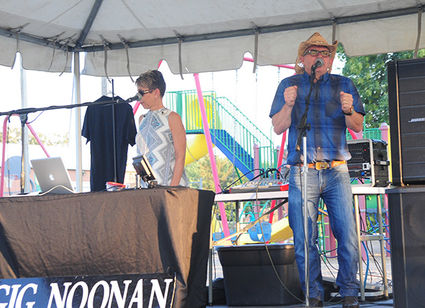 A whole host of stories and advertising regarding Belgrade August Fest 2018 events have been published in the July 26, August 2 and August 9 issues of the Bonanza Valley Voice newspaper. On the back page in the August 9 issue, the full schedule has appeared - sponsored by 18 local businesses. Thank you for your support!

And other coverage is found here regarding the B-B-E Boy Scouts Dad's Belgian Waffles fundraiser on Saturday! Take note: https://www.bonanzavalleyvoice.com/story/2018/08/02/news/time-change-for-boy-scouts-waffle-feed-fundraiser/675.html.