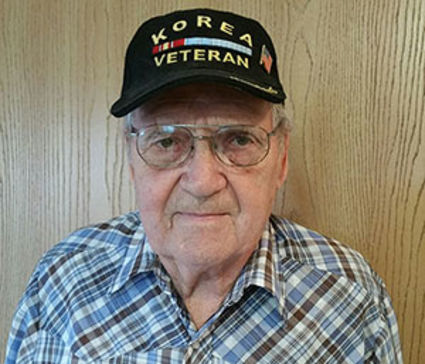 The Korean War had been underway for close to three years when DeWayne Lien of Brooten was drafted into the Army in April 1953. At the time, when the war would end was in doubt.

"To this day it seems like an odd war to have fought in. Fighting communism, I suppose," said Lien, about what the war's purpose was. He remembers the dividing line, though: the 38th parallel.

Following World War II, Korea was occupied by the Soviet Union north of the 38th parallel, while the U.S. occupied Korea south of that line. By 1948, two separate governments had been set up, and war was inevitable. Neither side accepted the border as permanent.

On June 25, 1950, North Korean forces supported by the Soviet Union and China invaded South Korea. The United Nations Security Council immediately called for a ceasefire, and 21 U.N. countries eventually contributed to the defense of South Korea. The U.S. provided 88 percent of the U.N.'s military personnel.

Lien, a 1950 graduate of Brooten high school, had been working for the Brooten Telephone Company between graduation and being drafted.

To read the full story, please subscribe to the Bonanza Valley Voice newspaper. By the end of November we are hoping to get the online version of the newspaper off the ground where subscribers can see the full printed pages on their computers in PDF format.