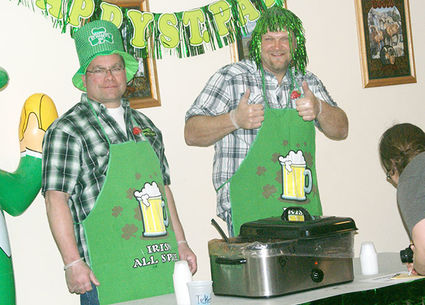 The Belgrade Fire Department table at the chili cook-off.

The Belgrade-Brooten-Elrosa Area Jaycees held their seventh annual chili cook-off on Saturday, March 12 at the Belgrade V.F.W. This year six teams competed to create the best chili in three categories. Each booth also competed for the best booth decoration and costumes with a St. Patrick's Day theme.

(Video) The awards are announced at the chili cook-off on March 12 in Belgrade.

Others participating were Mike Ulland with the Belgrade Coop plus the Belgrade Fire Department and Belgrade Steel Tank. The event was successful, and a portion of the proceeds went to help support the B-B-E Area Food Shelf.