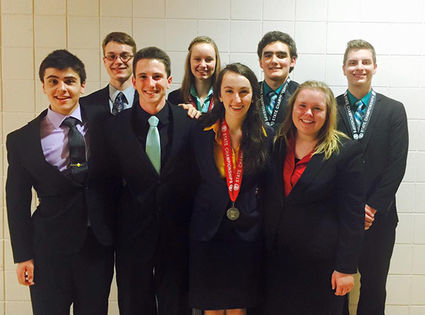 Four individuals from Belgrade-Brooten-Elrosa in three categories earned spots in the Class 1A state finals at the state speech meet on April 15. These four plus four other teammates competed at the big show at Lakeville North high school.

In second place was junior Molly Tengwall in storytelling. This is the second year in a row that she has earned a state medal. Last year she also took second place in that category.

In sixth place was senior Alyssa Dalen in the category of Original Oratory.

In eighth place was the senior pair of Joe Reller and Riley Schumann in the category of Duo Interpretation. They also earned a spot in the state finals last year and took eighth place.

Read much more coverage of the state speech meet and the eight state speech students from B-B-E in the April 21 issue of the Bonanza Valley Voice newspaper.