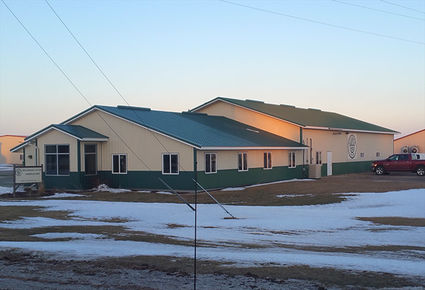 The Belgrade Coop headquarters is located in the Belgrade industrial park on the east side of the town.

Anyone with an association to agriculture today knows the struggle facing farmers as they head into the 2017 growing season. That struggle has a ripple affect that can affect small town main streets in dramatic ways as "profit margin" becomes a pipe dream to those who raise our food.

In such times of distress, the work done by ag-related businesses like the Belgrade Coop has greater importance than usual.

The Belgrade Cooperative Assocation was founded in 1928 and has grown by leaps and bounds since the early days when it was merely a mechanism to get better prices for farmers on oil and fuel purchases.

Where the Belgrade Coop has bucked tradition in the industry is by sticking to remaining a locally-owned agribusiness.

Jeff Koehler, general manager of the Belgrade Coop, explained, "Our coop is a little unique in that it is locally owned, a single location and operated by the producers who utilize the company for its services."

Read the full story in the February 2, 2017 issue of the Bonanza Valley Voice newspaper.