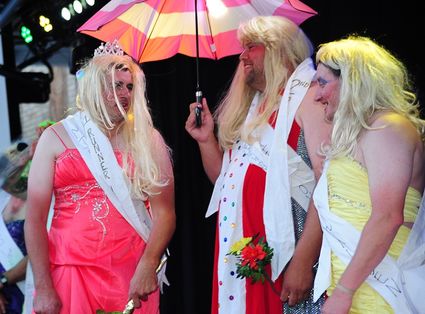 These lovely "ladies" were part of nine contestants in the Sedan Fire and Rescue fundraiser on Aug. 18.

Shown is a 40-minute video of the pageant held as a fundraiser for the Sedan Fire and Rescue crew on Friday, Aug. 18 during Sedan Daze. More coverage and photos will appear in the Aug. 24 issue of the Bonanza Valley Voice newspaper.

(HD video) The fundraiser pageant in Sedan on August 18.