Heaven gains an Angel to watch over us 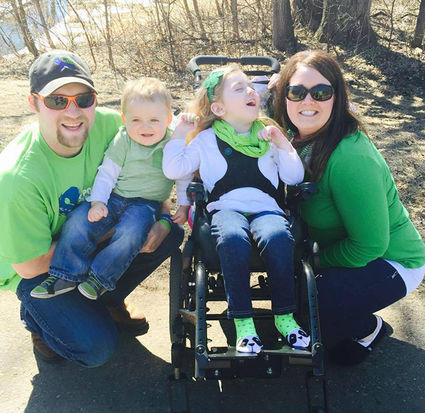 The Thompson family in a photo from 2016.

Tenley Thompson was called home to the arms of Jesus, Our Lord, on Monday, October 30. A feature story about her life will be in this week's (November 2) issue of the Bonanza Valley Voice newspaper. Below is her obituary, released by the Thompson family late Tuesday afternoon.

Tenley Jo Thompson, age 7, of rural Pennock, died Monday, October 30, 2017, at her home. Her funeral service will be 11:00 am Saturday, November 4, at Peace Lutheran Church in New London with Rev. Wayne D. Kopitzke officiating. Burial will be at a later date. A visitation will be held Friday from 4-8:00 pm with a prayer service at 8:00 pm at Peace Lutheran Church and continue one hour prior to the service. Services are entrusted to Johnson Funeral Home in New London. 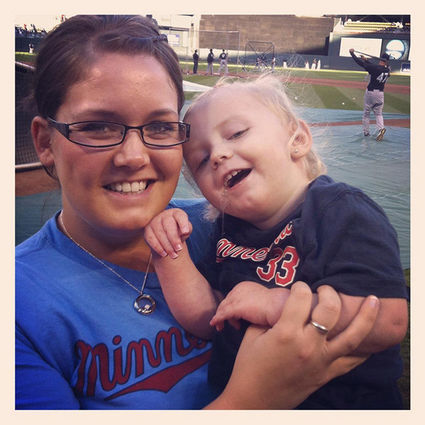 Tenley, age two, at a Minnesota Twins game with her mother, Emily.

Tenley Jo Thompson was born on May 7, 2010, in Willmar, MN the daughter of Trent and Emily (Munyon) Thompson. She was baptized on June 20, 2010, through East Norway Lake Lutheran Church during the Games Lake Park community service. Tenley lived in rural Pennock where she attended New London Spicer Elementary School.

Tenley was a member of East Norway Lake Lutheran Church. She enjoyed being with animals especially her dog, Hope, spending time outdoors, snuggling, giving kisses, singing songs, and being surrounded by her family and friends.