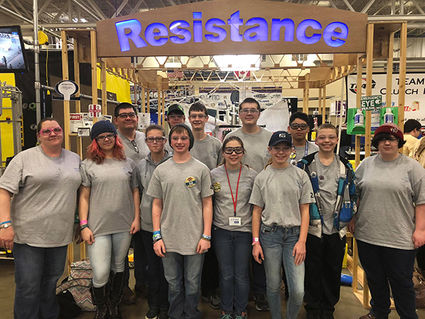 The B-B-E Resistance robotics team had a strong showing in the Lake Superior regional competition this past weekend in Duluth.

The Belgrade-Brooten-Elrosa Resistance robotics team had a strong showing in the Lake Superior regional competition on March 7 to March 10 in Duluth. Overall they took 28th place out of 62 teams as part of the Blue Alliance. Out of nine head-to-head matches, B-B-E Resistance went 5-4 to earn a total ranking points level of 13. The highest score was 28, while the lowest was three points.

Coach Tom Gjerstad, who has been head of the program since it was founded at B-B-E in 2012, was nothing less than ecstatic over his team’s showing at regionals.

“I think we did phenomenal! To go against these great, big schools and come out where we did, I am very proud.”