A 'revoke and replace' levy referendum will be on November 6 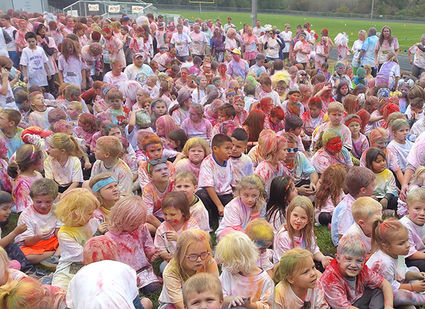 Belgrade-Brooten-Elrosa schools is holding a levy referendum on November 6 in conjunction with the general election. After many months of deliberation, the school board is proposing that the district revoke the existing referendum authorization and replace it with a new amount. This new referendum would be applicable for 10 years, beginning with taxes payable in 2019, unless otherwise revoked by the board or reduced as provided by state law.

The new amount will generate about $325,000 in added operating revenue for B-B-E starting in Fiscal Year 2020 (July 1, 2019). This funding will be solely devoted to learning and the cost of providing education to the students of B-B-E, which has experienced declining enrollment almost every year it has existed - dating back to July 1995 when the former Brooten and Belgrade-Elrosa school districts officially merged.

B-B-E's existing levy is below the state average and area peers. The levy was increased to its current level in 2003, making it one of the more outdated levies in the state. Such comparable figures (school history, area school comparisons) will be published in future newspaper articles. Similar information will be sent out in mailing fliers to every district resident in October.

The estimated annual tax change if the levy vote is successful for a median household value of $90,000 is estimated to be $110. The current per-student funding would increase from approximately $512.84 to $1,076. The base levy amount is at $424 per pupil as authorized by the state of Minnesota. The new per-pupil levy total will be about $1,500.

As a reference point, B-B-E schools had just under 650 students enrolled in grades K-12 at the start of this school year.

Meetings hosted by Superintendent Patrick Walsh and other school officials will be held for the general public, and that can include anyone with an interest in the school district, taxes or all of the above! Residents, parents, staff and students are encouraged to attend, listen and ask any questions they may have.

The public meeting schedule is as follows:

• Monday, October 8 at 5 p.m. at the elementary school art room (*location changed due to the book sale in the library).

(VIDEO) The finish line is shown in this video from the Color FUND Run on October 3 at the high school.

If you can't attend in person, you are encouraged to find the online presentation of the information as well as a tax calculator on the school website. Click on the 'District' tab to find it. (Link provided below)

Superintendent Walsh is attending the October 8 meeting of the Brooten Commercial Club that will be held at the Prairie View Golf Course club house at noon. He will provide information on the levy. If district residents have ideas, concerns, questions, etc. - the district encourages them to contact Mr. Walsh or any school board member as they are able to.

The Bonanza Valley Voice will use the remaining issues published in October to provide information to the public on this levy referendum.