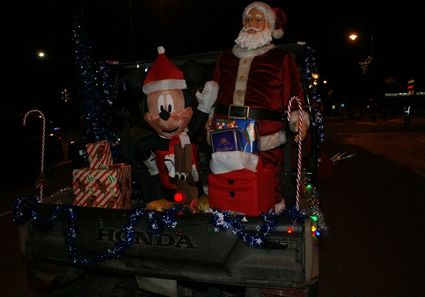 For at least the fifth year in a row, the Brooten Commercial Club sponsored a lighted Christmas parade in downtown Brooten. The parade was held on Saturday, December 8. Some photos from the parade appeared in the Bonanza Valley Voice newspaper's December 13 issue. All newspaper photos will be uploaded to a photo gallery in the near future.

Click below to watch a video of the parade. Also, click on this link to view a photo gallery of 90-plus pictures from Santa Day activities in Brooten on December 8: https://bit.ly/2QNzQnm.

(HD VIDEO) The lighted Christmas parade in Brooten on December 8, 2018.