A bucket of ice for New Year's 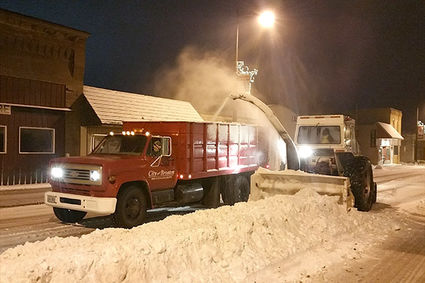 City workers remove snow from main street Brooten on the morning of December 28, 2018.

That's all there was to say while describing rural travel since last Friday's (December 28) snow storm. Conditions worsened with freezing rain fall on Sunday night (December 30), then dipping temperatures on Monday and negative numbers for high temperatures on New Year's Day. In Brooten, the high hovered around one below zero on Tuesday afternoon, January 1.

(VIDEO) Snow and wind howling in eastern Brooten on December 27, 2018.