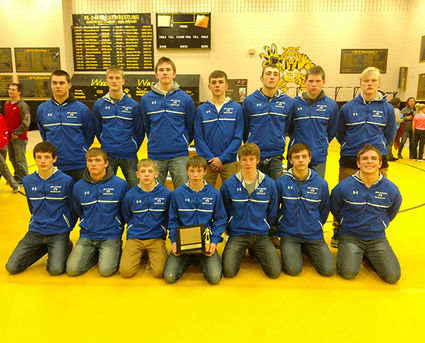 Led by the strength of five individual Jaguars who won their respective brackets, the Jaguars out-gunned runner-up Pierz by over 25 points, 194 to 168.5, in the final team standings.

Read more coverage on the Jaguars in the Bonanza Valley Voice newspaper.

Next: the Browerville duals on Friday, January 25 starting at 4 p.m. Then on Tuesday, January 29, the Jaguars host Sauk Centre-Melrose and Minnewaska Area for a "neighborhood" triangular starting at 5 p.m.