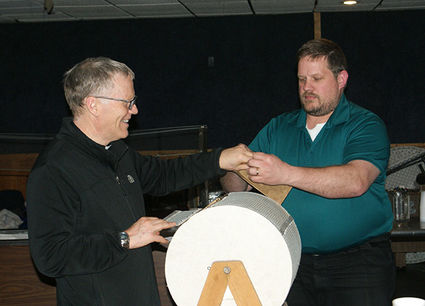 Father Dave draws another name for the cash raffle held on April 5 at the KaDe Shack.

A large crowd was on hand for the third of three Belgrade-Brooten-Elrosa chapter Knights of Columbus fish fry fundraisers. The last fish fry was held on April 5 at the KaDe Shack in Brooten. A large crowd of around 180 people attended, and a cash raffle drawing (grand prize $500) concluded the evening.