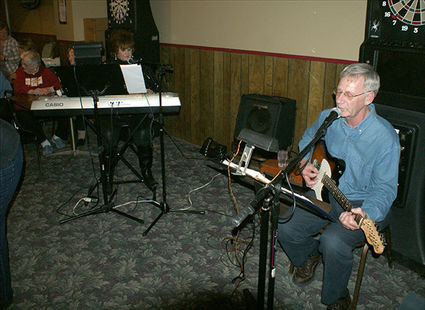 Marcie Well and Father Marv performing at Bologna Daze on April 30, 2019 in Elrosa.

The Elrosa Senior Citizens resumed the Bologna Daze season on Tuesday, April 30 at Bucky's Bar. The group will hold them on the last Tuesday of each month through the fall of 2019 before taking a break for the winter.

Special music was provided by the live entertainment of Marcie Weller and Father Marv. You can watch part of their music at the video below. Photos from the night were published in the May 9 issue of the Bonanza Valley Voice newspaper.