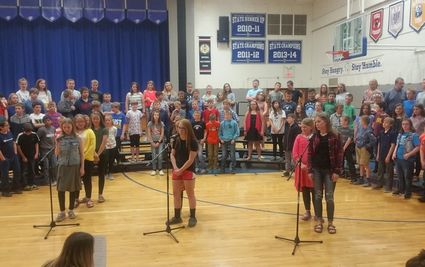 Elementary students shown speaking and singing during the spring concert on May 15, 2019.

Photos from the concert were published in the May 23 issue of the Bonanza Valley Voice.

(Below) Watch video from the concert. Check out the slick back flip by Abigail Lien right around the one-minute mark into the video!