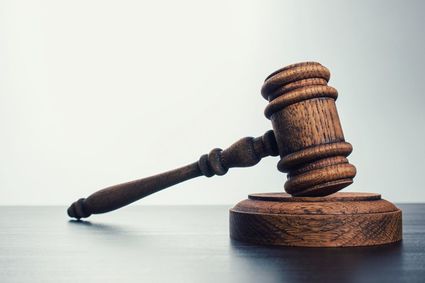 A Settlement Conference, presided by the honorable Judicial Officer John H. Scherer, was held in District VII court in St. Cloud on Thursday, February 13 at the Stearns County Courthouse. The case involved a case brought forward by the State of Minnesota and the Stearns County Attorney's office against Brooten business owner Jana Zenner. The State of Minnesota accused Zenner of theft-by-swindle in the amount of approximately $135,000 from the Brooten Commercial Club's charitable gambling operation between May 2016 and December 2018.

Another Settlement Conference for this case has been scheduled for April 2.

At a January 13 hearing in St. Cloud District VII court, the Stearns County Attorney's office set up a tentative deal for then-first time offender Jana Zenner regarding the felony theft-by-swindle case. Details of that deal have not been made public. The Voice will be seeking information on that deal and any possible future deal that the state and Zenner are working on regarding this case. Members of the public have raised serious concerns about any deal that is made that does not use sentencing guidelines of a convicted felon versus a first-time offender. (See further below for details on Zenner's guilty plea in a separate theft-by-swindle case.)

As review of Brooten Commercial Club financial records continues, a recent review of BCC checking account shows a problem with how the BCC conducted the finances related to the 2018 Rooster Ramble raffle, on behalf of Prairie View Golf Course. On September 11, 2018, a deposit in the amount of $9,800 was made to the BCC charitable gambling checking account. Individual prizes were paid out on September 21 to a total of 18 people, with prizes paid totaling $3,500. (Note: some of the 18 prize winners have reported that their prize checks were not mailed to them until November or December. This has not been independently verified.)

It was not until the first week of January 2019 that the city of Brooten received a check from the Brooten Commercial Club, signed by Zenner and Halls and dated December 31, 2018, in the amount of $6,155. The city of Brooten then approved the payment of $6,155 to the golf course at their first meeting of that month. During October, November and December of 2018, the golf course had to pay extra interest on an operating loan that was to be paid down or paid off in October.

No honest explanation was ever given why Halls/Zenner withheld over $6,000 of the golf course's money during those three months.

At the February 13 Settlement Conference, a fair amount of communication was done in such a manner that gave the impression that District VII court is not ready to be forthcoming on the case's details. Stearns County attorney's representation and Zenner's attorney, Paul Engh of Minneapolis, conducted most of their communication in such a manner that made it appear that it was a closed hearing.

The Bonanza Valley Voice will post an update to this web article late Monday morning with additional information.

In other related news

In District VIII court in Glenwood on February 3, a plea of guilty to a separate felony theft-by-swindle charge was entered by Zenner. In that case, the State of Minnesota accused Zenner of theft-by-swindle in the amount of approximately $48,500 from a private individual. Other details on that case and its plea arrangement were published in the February 13 issue of the Bonanza Valley Voice. As stated in that issue, the District VIII court case has sentencing set for March 31, 2020 in Glenwood.

As details are revealed on these cases, they will be reported in print and possibly online as allowed by the newspaper's available time and resources.