Get your billion back, Minnesota!

Senate Republicans unveil plan to give budget surplus back to taxpayers 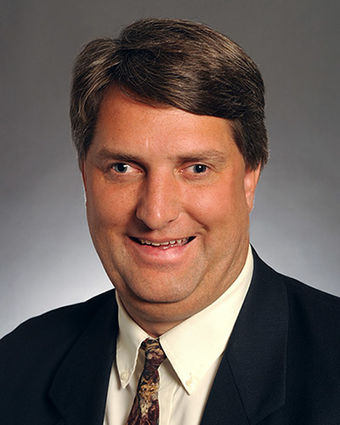 Senate Republicans today announced a multifaceted plan to return Minnesota's budget surplus to taxpayers. The Senate Republican tax plan emphasizes putting money back in the pockets of families and individuals, particularly middle-income and low-income earners, so they have more security, freedom, and flexibility to chase their dreams. This is the marquee piece of Senate Republicans' Vision 2020 Agenda, which was unveiled in January.

The Get Your Billion Back plan is built upon a massive package of tax cuts worth more than $1 billion, which will ease the burden for every single Minnesota taxpayer. The plan calls for reducing the bottom income tax rate, completely eliminating taxes on Social Security income, expanding the K-12 income tax credit, and more.

"The two-year state budget is fully funded, so it's time to give the "billion back" to the hardworking families and taxpayers of Minnesota. This plan will benefit all Minnesotans! An aspect of the plan I most look forward to is fully conforming to the Section 179 equipment investment deductions for our farmers and small businesses. Conforming to this Federal standard will continue to stimulate the economy with more equipment purchases," said Sen. Torrey Westrom (R- Elbow Lake).

• Reducing the lowest rate will positively impact everyone who pays income taxes in Minnesota, and help low-income and middle-income workers in particular. It will mark the second consecutive year that Senate Republicans have reduced income tax rates – an achievement that hadn't been accomplished in almost two decades prior to 2019.

• Expanding the K-12 Education Tax Credit will specifically help parents of school-age children save money when they file their taxes. More families will qualify for the expanded credit, and those who do will also see larger savings on their tax returns.

• Eliminating the tax on Social Security Income is long overdue. Minnesota is one of only 13 states that imposes this tax on retirees, many of whom are on a fixed income. Throwing out the Social Security income tax will encourage more seniors to stay in Minnesota after retirement. This is one of the most popular and frequent requests made by constituents at town halls, via social media, and through emails and phone calls.

• Fully conforming to Section 179 of the federal tax code will help farmers and mom-and-pop businesses grow and invest in their operations by giving them more flexibility to deduct large equipment purchases, and Expanding the Angel Tax Credit will help innovative technologies and groundbreaking ideas reach new heights by giving people a greater incentive to invest in Minnesota companies.

• Reforms and reductions to Charitable Gaming rules will keep more money raised from gaming by local charities in the communities they support. These are games run exclusively by private nonprofits, like Little League teams. Currently, only a tiny sliver of the proceeds from these games benefits the charities' missions. Aside from overhead, most proceeds go to state taxes.