Lockdowns: we are in a fight or flight moment

Letter to the editor 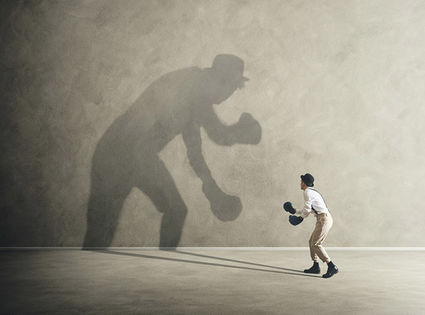 USA Today reported "Coronavirus response delayed despite health officials' private alarm" on April 7. Within all the rot in that article written to criticize and accuse federal authorities of mishandling the COVID-19 threat, you can read that a federal official acknowledged on February 27 that the outbreak was already significant and could not be "outrun".

USA Today is critical of authorities for not responding quickly enough as USA Today sees it, for taking some time to think about what to do. But the federal government has served us well in all of this, particularly President Trump, who has resisted constant pressure to assume more control and to order lockdowns in all states. He has been pressured to do this by those same progressives who have been shrieking about what a dictator he is since the day he was elected.

When faced with a threat we have two options, fight or flight. Nearly every governor in this country chose the flight option when they ordered the social distancing, which led to the lockdowns, which are leading to what commentators have begun referring to as the Greater Depression. I noted the lady governor in South Dakota resisted joining the panicking men for quite a while (Sadly I also noted she's already married.)

It was flight when we launched this massive effort to stop the spread of the virus to flatten the curve. The federal government suggested we social distance, and then governors ordered us to. Then governors effectively ordered people to go to their homes and be afraid and not talk to anyone else.

We should have turned to face the virus down, launched a massive effort to quarantine and provide treatment for those most at risk, and relied on herd immunity to protect us when we had no idea how long it would take to develop a vaccine. We did inadvertently rely on herd immunity, which is what has immunized every immunized American to date. Herd immunity may have done more to flatten the curve than social distancing (Herd immunity sounds American, while social distancing sounds like something those French would do.)

We began a massive testing effort to confirm that social distancing was working, focusing effort and money here again instead of on quarantining and providing treatment for those most at risk. The only point of testing is to confirm the transmission rate of the virus (Read that again.) We don't have a vaccine to treat people with if they are tested positive. We only treat their symptoms, which are apparent without testing for the virus. If people don't have any symptoms, they shouldn't be using medical services needed by others who need them for something more serious than testing.

I am afraid that in 20 years or so people will be laughing at us for social distancing, the way we used to laugh at those children in the old films who practiced the duck and cover drills to protect themselves from an atomic blast. Curling into a little ball under your desk was pointless. Panicking and trying to hide from a virus you may have already had, and might not know if you did, and was spreading much more quickly than you could run, may have been pointless as well.

If the joke proves to be on us for the social distancing, then the testing will be the punchline.

Maybe we could afford the social distancing; and the cost of testing may not be too much if it doesn't lead to overburdening the medical system (We were told we had to social distance to stop the spread to avoid the overburdening.)

But we cannot afford the lockdowns. These have already cost us too much and may have already sent us into an economic nosedive from which we cannot pull out. The longer we wait to try to pull out, the harder it will become to pull out.

The lockdowns may cost our economy. More importantly, a depression will cost us many more lives than COVID-19 ever could have, even if everyone caught the virus and it had a much higher mortality rate.

Call your governor's and lower offices and tell them to end the lockdowns and return people to work while they still have jobs and businesses to return to. Keep calling until they do so.