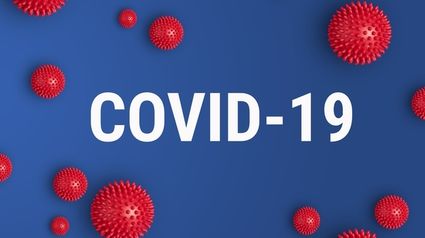 It is important at this point that people understand that more transmissions and deaths will occur after reopening as the lockdowns end, and they suppress the fear the national media will generate by reporting on the spread of the virus again.

People who gave in to fear and allowed it to direct their thoughts and actions when the virus initially hit us may have understood that social distancing and lockdowns would stop the spread of the virus or even end the virus. Nobody said that.

Those mitigation efforts were taken to slow the spread of the virus so we would not overwhelm our medical systems. It has always been understood the virus would work its way through the population as quickly as it could until it was confronted by a vaccine and sufficient herd immunity had been reached. That is what viruses do.

As for a vaccine, we are not likely to see one this year. When we do, people should be concerned about whether a vaccine is adequately tested before it is administered to people who may still need it as a placebo more than for protection. In the end, a vaccine should be available for those who are at risk and should not be mandatory for anyone, as annual flu vaccines are not.

Many hospitals were not overwhelmed and have furloughed personnel; hospitals and medical centers have begun filing for bankruptcy. In high population areas, they ran short on equipment during the first wave, now more areas may be short on medical staff to deal with the next wave.

CNN and others began to ratchet up the fear again as we moved into March with stories and predictions about increasing numbers of transmissions and deaths which would be "caused by reopening." Some in media are doing this because they think we need more mitigation efforts and believe it is their responsibility to move us in that direction; others are doing this for political purposes.

Governors' decisions to lock down and quarantine the healthy reduced the population the virus could work its way through with resulting herd immunity. The failure to quarantine groups at high risk led to more deaths in those groups.

At StarTribune.com, they reported on May 2, "Minnesota virus deaths up 24, cases up 498." By then Minnesota had 395 COVID-19 deaths and 80 percent of those deaths were from long-term care residents.

As an aside, according to the Minnesota Department of Health, 435 people died in the 2017-18 flu season.

Looking ahead, the increase in transmissions and deaths, which are inevitable with later waves of the virus, are not reasons for repeating mistakes with more lockdowns.