Influenza Outbreak as seen from Elrosa

Written by David Heinze of Elrosa 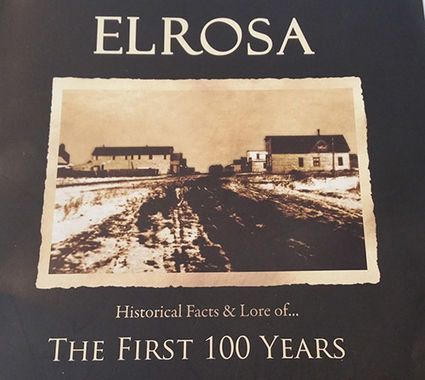 World War I was a time when some people hoarded flour and sugar. It was expected to be in short supply, but it did not become as scarce as feared. Those who had cash to stock up did so. One family was said to have brought and hoarded a ton of flour.

The year 1918 was also the time of the deadly worldwide flu outbreak. Some people in the Elrosa and Lake George area got sick, but there were only two fatalities. Rosina Adrian, 18-year old daughter Mike Adrian (aunt of Raymond Adrian) succumbed to the disease. The other was Mrs. Mike Bayer, who died from influenza in October 1919, just a month after giving birth to a son, Joseph.

Dr. Ridgeway, who had an office in Belgrade, made house calls, and his remedy was "eat apples, that keeps the back end loose." Dr. Ridgeway later had an office and living quarters above the Evens and Ley Store around 1926. There was a third fatality when the school teacher, Elsie T. Renebo, in District 128, died from the flu. She may not, however, have been a resident of Lake George, since she was teaching at the Thostenson School. Around the area, Meire Grove and Spring Hill were hit much harder by the epidemic.

The worldwide Spanish Influenza outbreak came suddenly and struck viciously. It was labeled "Spanish" because in Spain it struck early and killed millions of people, and Spanish media was aggressive in early reporting of the disease. Some people died within hours after getting sick. The virus was spread through the air, mainly through breathing.

The full story was published in the May 28 issue of the Bonanza Valley Voice newspaper.