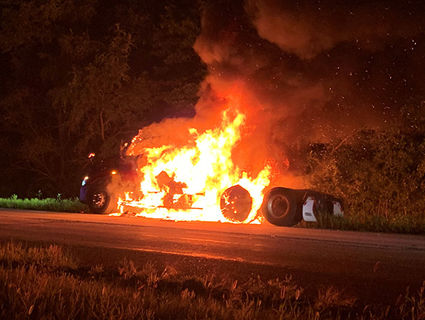 On Wednesday, August 12, 2020 at 10:53 p.m., the Stearns County Sheriff's Office was notified of a semi-tractor on fire on County Road 75 north of 240th Street in St. Augusta. The fire was reported by a passerby. Deputies arrived and found a 2016 red Freightliner semi-tractor on fire and fully engulfed. The Freightliner was parked on the shoulder of the roadway and did not have a trailer. Deputies were unable to locate anyone in the area other than the caller. 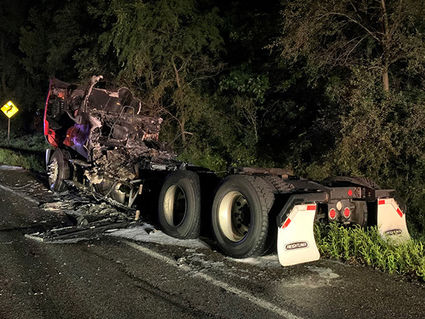 A photo of the semi tractor after the fire was extinguished.