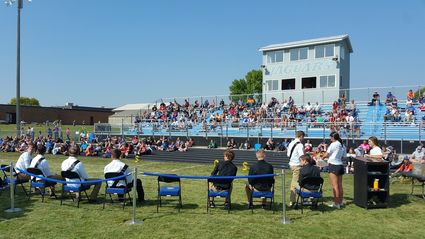 A view from the football field of the high school athletic complex stadium during Homecoming coronation at B-B-E.

Photos from the event were published in the September 24 issue of the Bonanza Valley Voice newspaper.