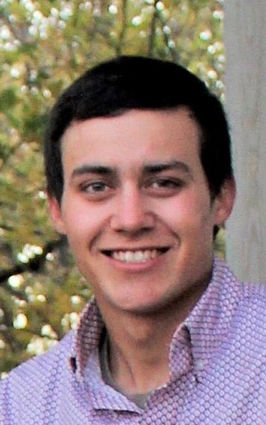 Update: details will be added here on Sunday morning, February 7, so you can watch the funeral service via an Internet live stream.

Josey J. Tensen, 24 of Sedan, died Friday, January 29, 2021 near Hay Springs, Nebraska from injuries sustained in an automobile accident. The visitation will be held from 4 to 8 p.m. on Saturday at the Harvey Anderson Funeral Home in Willmar, MN. Funeral services will be at 3:00 p.m. on Sunday, February 7, 2021 at the Willmar Assembly of God Church in Willmar. Josey will be buried in Bethany Cemetery in Brooten. In lieu of flowers memorials are preferred.

Josey James Tensen was born on January 7, 1997, in Willmar, MN. He is the son of Timothy and Suzanne (Johnson) Tensen. He grew up in rural Sedan, MN and attended Belgrade-Brooten-Elrosa High School, where he played many sports including football, baseball, track and was also a 2013 state participant in wrestling. Josey graduated in 2015 and continued his education in diesel mechanic at North Dakota State College of Science in in Wahpeton, ND. He later returned to live on the family farm with his girlfriend, Remington Harder. As a subcontractor, Josey specialized in flooring, carpentry, and masonry.

(VIDEO) The Sno-Daze coronation program was held on Tuesday, February 17, 2015; the embedded video here includes the crowning near the end after footage of games. The coronation begins at approximately the 2:50 mark in this video, with Josey Tensen getting crowned Sno-Daze king. Coverage of the coronation event was published in the February 19, 2015 issue of the Bonanza Valley Voice newspaper.

Josey enjoyed hunting, fishing and spending time with his family, especially playing with his nieces and nephews. He always looked forward to family vacations at the cabin and road trips to Colorado. Remembered for his huge heart, Josey had a great love for people and animals, including his dog, Maggie. He loved visiting with anyone and rarely could go anywhere without running into someone he knew. He was so proud of every truck he ever owned as well as being able to fix anything with his DeWalt tools.