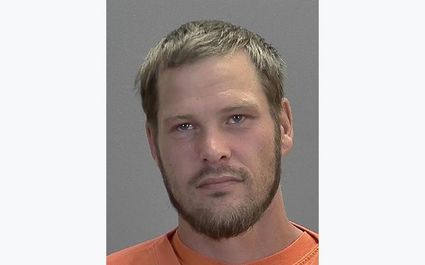 A sentencing hearing of July 12 is set for Travis Ryks, 36, of Brooten, after he pleaded guilty in Renville County District Court on Wednesday, May 5 on a charge of felony second-degree criminal sexual conduct for allegedly having sexual contact with a child younger than 13.

The case was initially charged in May 2019 before multiple postponements and cancellations pushed it into 2021.

Court documents state that Ryks allegedly touched a 12-year old girl numerous times in Renville in 2019. The girl eventually told her father, who then contacted Renville County authorities in May 2019.

During their investigation, law enforcement officials found inappropriate text messages from Ryks to the girl, who stated her age in one of the messages.

Ryks is free on a $20,000 bond. Release conditions include no unsupervised contact with minor children, cooperating with probation on the pre-sentence investigation and no alcohol or substance use.

On August 10, 2011, the Kandiyohi County Attorney's office dismissed first-degree assault charges against Ryks, then 25, after the state was unable to prove beyond a reasonable doubt that his actions caused a traumatic brain injury on a two-month old baby boy on February 1, 2010.

A criminal complaint provided testimony by doctors who asserted that injuries to the baby were not accidental. Ryks had said that the baby fell off a bed while in his care.

Ryks' parental rights to the child and two other children were terminated at the time after Kandiyohi County took action against Ryks.