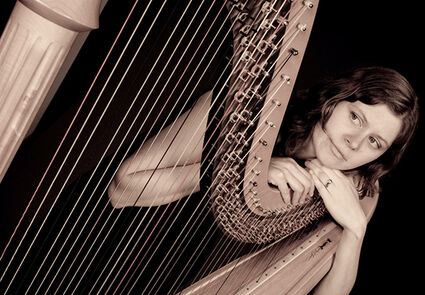 Sarah Grudem is a freelance harpist. She was born, raised and currently lives in Minneapolis and will be playing the harp at the October 3 concert in Belgrade.

The Centre Area Concert Association is excited to present Sarah Grudem (on the harp) and Eric Graff (cello) on Sunday, October 3 at 2 p.m. at the Olson Auditorium, Belgrade-Brooten-Elrosa high school in Belgrade.

This FREE CONCERT is funded by the voters of Minnesota through a grant from the Central MN Arts Board, thanks to a legislative appropriation from Minnesota's arts and cultural heritage fund. 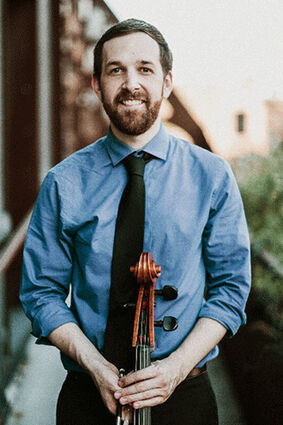 Eric Graff is a performer and teacher from the Minneapolis/St. Paul area who will be playing cello at the October 3 concert in Belgrade.

Sarah Grudem is a freelance harpist, born, raised and currently living in Minneapolis. She began studying the harp at the age of just seven. After graduating from Juillard in 2003, she moved back home and earned a Masters degree in harp performance from the University of Minnesota. Sarah has played with groups such as VocalEssence and the Minnesota Orchestra. She has been a member of the chamber music group, Music Saint Croix, based in Stillwater, MN for the last 15 years and has also been known to simply bring her harp out in the yard to play for her South Minneapolis neighbors. This collaboration with Eric (cello), marks their first collaboration and concert as a duo, though they've played together in a larger ensemble before.

Eric Graff is a performer and teacher based in the Minneapolis-St Paul area. He has performed with the Duluth Symphony, Lux String Quartet, the Wheeling Symphony, Lexington Philharmonic, Mansfield Symphony, Aceso Quartet, Long Prairie Chamber Orchestra, Central Lakes Symphony Orchestra, among others. Eric holds a Masters degree in Cello Performance and Suzuki Pedagogy from the Cleveland Institute of Music and a Bachelor's degree in Cello Performance from the U of M.