The merry-go-round continues in America 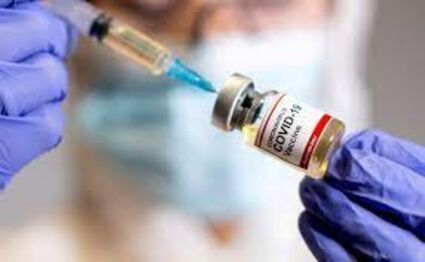 by Jane M. Orient, M.D. and Executive Director of Association of American Physicians and Surgeons. Online at https://aapsonline.org.

Joe Biden introduced his "new" plan to save us from the dread coronavirus. He will provide 500 million "free" tests (paid for by taxpayers or with borrowed money); 1,000 National Guard troops to overstressed hospitals; and more pressure to get vaccinated and boosted.

According to the Kaiser Family Foundation, we would need 2.3 billion tests per month to test every person over age 12 twice per week at the recommended frequency of twice per week. What type of test, and where would we get them? Pharmacies are running out of home antigen tests. We have no data on the likelihood of false negative or false positive tests, but we do know that with any test, even very good ones, the vast majority of positive tests will be false positives if only a small percentage of the tested group is diseased. Also, tests may remain positive long after a person has recovered and is no longer infectious.

Can the tests harm? False positives lead to isolation with destruction of livelihoods and educational opportunities. We may be having an epidemic of false positive PCR tests. Using too high a cycle threshold, as some labs have routinely done, gives a meaningless result. And from your lab report, you cannot tell what cycle threshold was used.

It is possible that doing the test itself could be fatal. A few military members reportedly had infections with flesh-eating bacteria after getting swabbed, and some of the swabs were found to be contaminated. At least one patient got meningitis when a nasal swab was inserted too far.

Hospitals are indeed overstressed. According to a talk radio host, patients are dying in the halls and waiting room of a local hospital because of short staffing. Will 1,000 troops help? Mayo alone just fired 700 unvaccinated workers. An Ohio physician reported that the troops were causing chaos. They didn't even know where supplies were kept, and after a 12-hour shift might be dispatched to another state before they had time to learn the local system. Under CMS waivers covering the declared emergency, minimally qualified personnel may be used. And now the most experienced and dedicated workers, the very ones most likely to exercise independent judgment and stand up for patients, are being culled.

Will more vaccines and boosters help? Biden asserts that it's a "patriotic duty" to get jabbed, and more jabs are the only way to end the disaster. No matter how much respect you have for his mental abilities, he is likely quoting the American Medical Association. The jabs do not appear to be effective against the new variants, and might even be creating them. There is talk of a fourth shot-but apparently no stopping point for adverse effects such as myocarditis in children.

The U.S. has one of the worst records in the world for controlling COVID-19. Moreover, the most reliable source of statistics, insurance actuaries, shows that deaths in the prime working age group are up 40 percent, and disability claims are also up. A 10 percent increase would be the equivalent of a 200-year flood. The claims are not citing COVID-19 as a cause of death. They could be collateral damage from government policy, including poor medical care for virtually everything, or they could be from vaccination.

In this 12-minute video, the concept of how to talk to "Vaccine Enthusiasts" is discussed by the speakers.

States are pushing back against the mandates, which are being imposed by executive order through unaccountable administrative agencies. The U.S. Supreme Court should be considering whether the administrative state has the constitutional or statutory authority to impose a medical dictatorship that overrides the states' authority and citizens' basic rights. Some Justices, however, seem to be taking the-end-justifies-the-means approach-and that based on egregiously erroneous information. For example, Justice Breyer asserted that there were 750 million cases (in a population of about 330 million) and Justice Sotomayor asserted that there were 100,000 hospitalized children (instead of fewer than 4,000, mostly not for COVID-19). The harms from the mandated vaccines were simply ignored.

Even if the "experts" Biden is relying upon, under the titular leadership of Anthony Fauci, were right this time, the precedent could grant unlimited power to a medical dictatorship to force disastrous policy on all Americans.

Instead of endlessly repeating failed policy, how about firing the generals who are in charge of the losing war?