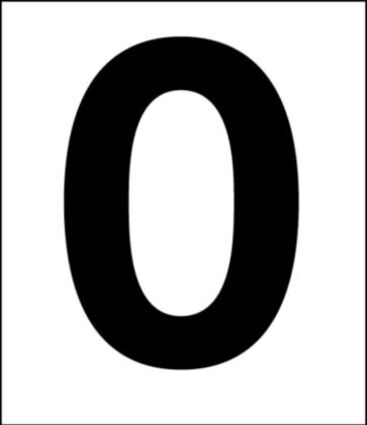 This article is fully updated as of 5 p.m. on April 14. Earlier versions were incomplete in the afternoon due to technical problems with web article updates. That is resolved.

On the heels of a March where the communities of Belgrade, Brooten and Elrosa traveled more extensively than they perhaps ever have in the history of our towns, the local zip code areas have reported zero new COVID-19 cases for three straight weeks, according to the Minnesota Department of Health.

The weekly zip code reports of March 31, April 7 and April 14 have all read "zero" for new COVID-19 cases in the zip codes of 56312, 56316 and 56325. In the two weeks leading up to that, the B-B-E zip codes posted just two new COVID-19 cases between March 10 and March 24. If you follow that, the period between March 10 and April 14 have yielded just two new COVID-19 cases, according to state health authorities. This would include any local citizens tested at medical clinics or hospitals in the region. In addition, citizens testing positive at home with a case of COVID that led to a hospitalization would have been part of the official MDH numbers, because they would be tested upon admission to a health care facility.

From any angle, recent near non-existent COVID figures from the MDH is very, very good news for the Bonanza Valley area.

At B-B-E schools, the COVID-19 dashboard continues to read zeros across the board for child care, elementary and high school students and staff. The dashboard dropped to all zeros on March 9. The March 2 updated showed just one case in the B-B-E school population (elementary), while the Jaguar Kids Connection population of over 100 students and staff has had zero COVID-19 cases dating back to January 26, a period of almost three months. It's important to note that the Jaguar Kids Connection student population is almost 100 percent un-jabbed for COVID-19 "protection" as most children in that age group are ineligible for the jabs that at this point fail to blunt the transmission of the virus.

All of this comes on the heels of a March that included extensive travel activity to the Twin Cities Metro Area and beyond exceeding anything the B-B-E school district community has had in recent memory.

To start the month of March, die-hard B-B-E Jaguars wrestling fans spent the better part of a week in St. Paul as they followed the state-ranked wrestling team and then six individual members of the team at the Class 1A state tournament at what was a very crowded, 99.9 percent maskless*, COVID-19 jab passport-free Xcel Energy Center. This took place between March 2 and March 5, with the team departing St. Paul late Saturday night, March 5 back to Jaguar Country at the conclusion of the individual tournament near 10 p.m. that night.

Across the first 10 days of March, fans of the B-B-E Jaguars girls' basketball team traveled for two road playoff games to Wadena-Deer Creek high school, where the team played in the sub-section semifinal and championship games on March 5 and March 9.

On Saturday, March 12, an overwhelming crowd of maskless fans cheered on the B-B-E Jaguars boys' basketball team in front of a near-capacity Minnewaska Area high school gymnasium in a Sub-Section 6A-South semifinal game that went down to the final possession. B-B-E fans on hand finally caught their breath after the Jaguars defeated bordering rival Kerkhoven-Murdock-Sunburg 71-67 to advance to the third round of playoffs. This game featured fans from multiple schools across western Minnesota, including fans from the schools of Hancock and Ashby, who played in the later semifinal that afternoon. Before, during and after each game, fans from every community regularly mingled in what was a crowded, shoulder-to-shoulder lobby and gymnasium.

Tuesday, March 15 was another night to remember as the B-B-E boys' basketball team thrashed Hancock in the sub-section title game in another packed house of over 2,000 fans at Minnewaska. This game again featured fans from multiple communities from across sub-section member schools.

The excitement and packed gym atmospheres continued on Friday, March 18 when the boys' basketball team and fans traveled to Fergus Falls high school. That night featured an unforgettable, standing-room only, maskless crowd at Kennedy Gymnasium with the Jaguars prevailing 71-65 over New York Mills in a game that included near-deafening crowd noise of shoulder-to-shoulder fans who yelled, shouted and cheered for all 36 minutes. Fans at this game came from far and wide across western and northwestern Minnesota and witness the No. 5-ranked team in the state defeat the No. 2-ranked team.

To cap the March sports travel, B-B-E basketball fans descended upon Williams Arena in Minneapolis en masse on March 23, March 25 and March 26 for the Class 1A state basketball tournament. This included mingling from fans from all corners of the state of Minnesota. At the very last minute (Monday, March 21), the University of Minnesota announced that an indoor mask mandate was lifted, which allowed fans to attend the state games mask-optional. This ultimately was another venue where 99.9 percent of fans were unmasked. One example was with the Hayfield student section in the state semifinals on March 25, when just one out of over 200 members of the student section were unmasked for the game.

In addition to sports playoffs, 46 B-B-E senior high students (nearly one-fourth of the entire student body in those grades) flew to Orlando, Florida for the quadrennial Disneyworld music trip between March 22 and March 29. In addition to those 46 kids, two music teachers and four adult chaperones were part of the trip.

We are now 16 days past the return of the music group from Florida, so any COVID-19 infections with adverse outcomes (hospitalizations or worse) based on that trip would have been reported by now.

(HD VIDEO) In this video, Dr. John Campbell of the United Kingdom explains data from the United States related to wastewater tests and COVID-related hospitalizations as of April 12. The video lasts 19 minutes.

*Note: early in this article, it was stated that the crowd at Xcel Energy Center for the state wrestling tournament was 99.9 percent un-masked. This is an observational statement that is not to be taken as fact, although one could review photos and video from Xcel Energy Center that week and come to a similar conclusion. Other information included in this article is all backed up by official health authority data.

Meanwhile! In Shanghai, China, 20 employees and 20 vendors with New York University's Shanghai campus have been trapped for four-plus weeks due to China's bizarre COVID-19 lockdown. There has been no public outcry from the United Nations to this point.