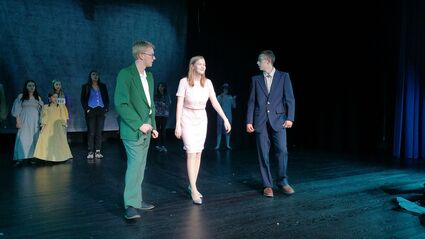 *Note: this article was updated with a new video that was added on Tuesday, November 15.

The Belgrade-Brooten-Elrosa Theater company will perform the fall musical Anastasia at the high school's Olson Auditorium next week.

Video from the musical practice held on November 7 is posted with this web article.

(HD VIDEO) Shown is a glimpse of fall musical rehearsal on Tuesday November 15 at Olson Auditorium from late in Act I.