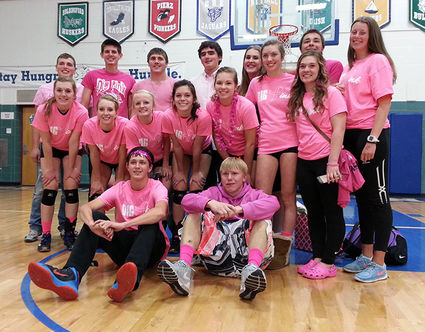 Undefeated conference champions has a nice ring to it.

In the regular season finale last Thursday at Pierz, the Jaguars claimed a 3-2 win to take the CMC title alone for the ninth time in school history. The Jaguars also shared CMC titles with Pierz in 2002 and Maple Lake in 2006. In 1994, the Jaguars went 14-0 in the West Central South Conference before earning a co-championship in the WCCS in 1995 with New London-Spicer.

Now it's on to the playoffs! The Jaguars are the number one seed in Sub-Section 5A-West's A-pod. The Jaguars (19-9 overall) host the winner of the Atwater-Cosmos-Grove City vs. Royalton play-in round match. The quarterfinal match will be on Thursday this week at 7 p.m.

If the Jaguars win on Thursday, they'll face either third-seeded Swanville (9-14) or second-seeded Browerville/Eagle Valley (20-3-2) on Saturday, Oct. 31 at 6 p.m. at Long Prairie-Grey Eagle high school.

The sub-section final match is set for November 5 in Pierz at 7:30 p.m. Looming large in the sub-section is Verndale (23-4-2), who knocked out the Jaguars in the semifinals last year. You can be sure the team has something to prove in the upcoming sub-section tournament.

The long drive to Pierz didn't hamper the Jaguars one bit in game one, which ended in B-B-E's favor by a 25-8 score. Game two was another quick win for the Jaguars, this time by a 25-14 score.

Here's the end of game five on October 13 on "Dig Pink" night against Howard Lake-Waverly-Winsted...this one is fun to watch!

The Jaguars put the hammer down in game five and earned nine of their 15 points off of kills in a 15-9 win.