For the 13th time in the program's history, the Belgrade-Brooten-Elrosa boys' basketball team will play for a subsection championship after they defeated third-seeded Hancock 58-49 on Saturday, Feb. 25 at the University of Minnesota-Morris. 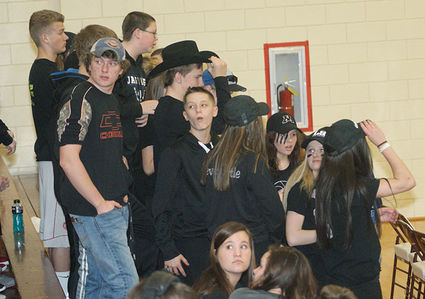 The Jaguars had a good showing of fans on Saturday in Morris but hope for an even bigger and louder crowd against Battle Lake in the sub-section finals.

The Owls, champions of the Pheasant Conference, went 0-2 with two close losses to the Jaguars this season and finish 17-7 overall.

The Jaguars take a 15-12 record into the Sub-Section 6A-South championship against a formidable opponent: ninth-ranked Battle Lake. The Battlers are 22-6 overall and won 64-52 in the other semifinal game to earn their sixth straight trip to a sub-section championship game. The last year they did not play for a sub-section crown was in 2010, when Clinton-Graceville-Beardsley defeated them 45-35 in the quarterfinals in a 13-12 season. That season, Belgrade-Brooten-Elrosa lost to eventual section champion Hillcrest Lutheran Academy 54-50 in the subsection finals.