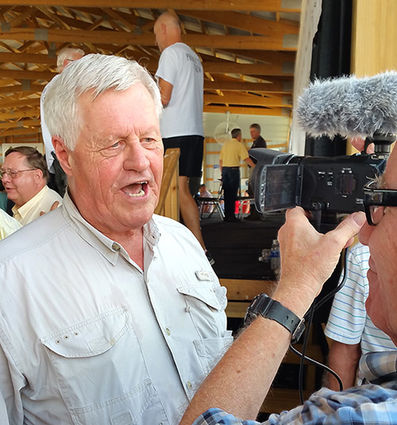 Congressman Collin Peterson is interviewed by a television station following the ag & rural issues debate at Farmfest on August 2.

The August 11 issue of the Bonanza Valley Voice includes a story beginning in page four about the agriculture and rural issues debate held at Farmfest on August 2 in rural Redwood Falls. In the article, responses from Congressman Collin Peterson and Republican-endorsed candidate David Hughes are included. A third candidate, Amanda Hinson, lost in the Republican primary election on August 9.

Below is the first of a handful of video clips showing the responses to questions by candidates running in the Seventh Congressional District. More will be posted later this week.