The Belgrade-Brooten-Elrosa Class of 1996 held a 20th anniversary of graduation reunion on Saturday, August 20 in rural Elrosa at the home of classmates Kurt and Michelle (Gjerde) Herickhoff. Almost half of the surviving class attended. Awards were given out for noteworthy honors such as "who traveled the farthest" and "who has the most children", and a moment of silence was held to remember fallen classmates Heidi (Gregory) Deters and Wanda (Holtberg) Gjerde. Both passed away after courageous fights with cancer, Heidi in February 2011 and Wanda in August 2015.

Below is a video of the awards given out. 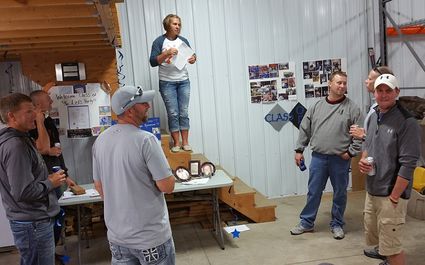