Remains of Jacob Wetterling are located 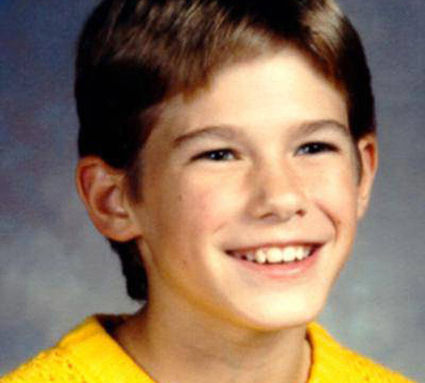 The Stearns County Sheriff's Office today (September 3) confirmed that Jacob Wetterling's remains have been located. The Ramsey County Medical Examiner and a forensic odontologist identified the remains as Wetterling's earlier today. Additional DNA testing will be performed by the Bureau of Criminal Apprehension (BCA).

A forensic odontologist is a medical professional who is trained in odontology, a branch of forensic science that deals with the applicantion of dental science in the identification of unknown human remains and bite marks.

The site of where Wetterling's body was buried is at a Paynesville-area farm. In order to help prevent the grave site from becoming a three-ringed circus, its location is being withheld by the media. The suspect in Wetterling's case, Daniel Heinrichs, lived just one-and-a-half miles from the site in October 1989 when the abduction took place.

On Wednesday, August 31, Heinrichs took FBI agents to the spot where he buried Wetterling's body and clothing. It is unclear what level of charges or punishment he now faces if convicted of Wetterling's murder.

The Stearns County Sheriff's Office, assisted by the Minnesota BCA, the FBI, the Stearns County Attorney's Office and the United States Attorney's Office are currently in the process of reviewing and evaluating new evidence in the Jacob Wetterling investigation. Authorities expect to be in a position to provide more detailed information early next week.

*We are asking for your patience and respect for the Wetterling family's privacy until that time.