Sketchy weather holds off for the afternoon event 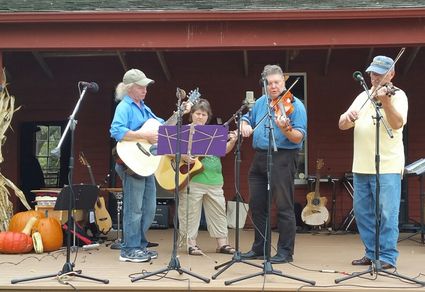 Sketchy weather across west central Minnesota held off for the entire afternoon during the 38th annual Terrace Fall Festival and Fiddlers Jamboree on Sunday, Sept. 24. While the forecast, combined with difficult weather in the week leading up to the day, hurt turnout for the event, the weather did not dampen the enthusiasm of those who made it to the scenic amphitheater of the Terrace Mill.

Catch additional coverage of the event in the Sept. 28 issue of the Bonanza Valley Voice newspaper.

(HD video) Shown is some of the music played on the afternoon of Sunday, Sept. 24 in Terrace.