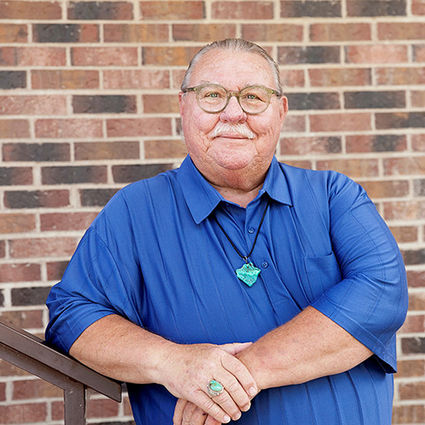 Bruce Miller, who advocated tirelessly for agriculture and the local foods movement, passed away on November 9. Miller was the Minnesota Farmers Union Membership and Outreach Director in St. Paul. He was a graduate of Brooten High School in 1968 and was raised on a dairy farm south of town. Video of Miller speaking at an agriculture event is posted below in this web article.

The MFU provided the media this press release on Miller's passing:

It is with heavy hearts that Minnesota Farmers Union (MFU) shares of the passing of longtime Membership, Outreach and Minnesota CooksTM Director Bruce Miller.

Bruce had been a part of the MFU team since 2007. Growing up on a dairy farm in central Minnesota, he had a passion for family farmers and rural communities.

“Bruce dedicated his life to working for social justice, building relationships all over Minnesota that ultimately benefited MFU as an organization,” MFU President Gary Wertish said. “We were lucky to have him as a part of our team. He was well-regarded among family farmers, at the State Capitol, in the media and in food circles. He was always full of ideas for ways to increase MFU’s outreach to all kinds of people, and he served as the face of the ever-growing Minnesota Cooks program.

“I and everyone at MFU will deeply miss Bruce Miller. We send our thoughts and prayers to his family and friends.”

MFU reported this week that a memorial service for Bruce Miller will be held on Tuesday, November 26, at Carpenters Local 322, 710 Olive St., St. Paul. People can begin gathering at 4:30 p.m. and the program will begin at 5 p.m. A local foods lunch will follow.

Miller was keynote speaker at the Minnesota Farmers Union Tri-County Convention (Grant, Pope, Douglas counties) in Glenwood on August 24, 2016. A story from the convention was published on page one of the Sept. 1, 2016 issue of the Bonanza Valley Voice. Miller spoke on a number of topics. Below is the text of that story.

About two dozen farmers and other interested individuals attended the meeting, where policy discussions took place as well as the passing of resolutions to move on for consideration at the MFU state convention in November.

Bruce Miller, MFU Membership and Outreach Director, provided the keynote speech. He is a 1968 graduate of Brooten high school and has worked with MFU for the past nine years.

“What can we do in rural Minnesota to make our voices heard? We’ve lost a great deal of clout out here since when I was a kid.”

“Another big challenge those of us in agriculture face is how to talk to rural residents, sometimes our own neighbors, who have no idea about agriculture.”

Miller also spoke about the importance of planning ahead for farm transitions when a farmer wants to retire and pass on the farm to the younger generation, whether it’s in the family or outside the family.

(VIDEO) Bruce Miller is shown speaking at a rural dairy discussion in rural Roscoe, MN on June 12, 2018. The event was sponsored and hosted by the Minnesota Farmers Union.

“We need to keep people on farms in rural Minnesota. Remember: even if you don’t have a plan, at some point you will transition out of farming.”

Agriculture education was another hot topic at the meeting.

“We hear about this and also about life skills education. This is troubling. Things like food preparation, budgeting, finance and trade work are important. Schools should have incentives to offer these, not mandates that push in the wrong direction.”

“Last week I spoke with a teacher at B-B-E who said the need for the backpack program is extending beyond just the weekends. Children are going hungry during the week. These are serious issues that need to be addressed.”

A memorial story on Bruce Miller will be published in the November 21 issue of the Bonanza Valley Voice.