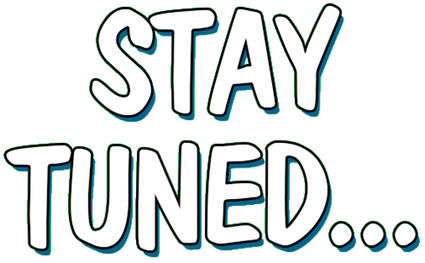 How did the Brooten Commercial Club go from being one of central Minnesota's premier small town civic organizations in the 2000s to where it stands today: beaten, abused, hollow, empty shell of what it once was?

Currently, a news article that is tangentially related to this case linked at the West Central Tribune Facebook page has been shared 117 times from the Tribune's Facebook wall. That news article features a court case out of District VIII court in Glenwood. Across central Minnesota, these two cases have drawn considerable interest. The regional news sources have done a terrific job of reporting court-related news to these two Minnesota District Court cases in a timely fashion since last April. Due to a chronic lack of resources, the Bonanza Valley Voice has been unable to report on this news.

While those news reports explain the "what happened" part, the Bonanza Valley Voice newspaper is working on the "why?" and "how?" part. The state of Minnesota and Stearns County Attorney Janelle Kendall have charged Jana Zenner, a Brooten business owner, with one felony count of theft by swindle while presenting a case in Judicial District VII court accusing that business owner of stealing approximately $135,000 in pull tab money from the Brooten Commercial Club's charitable gambling operation. Zenner became CEO/President of the BCC effective January 1, 2015.

The aforementioned felony charge will be dealt with at a court hearing on February 13 in St. Cloud at the Stearns County Courthouse.

So how did we get here? The short answer: an extreme lack of accountability. The long answer? Our best attempt at the long answer follows here.

Let's back up to the years 2012 and 2013. Back then, two things were going on with the Brooten Commercial Club taking place in different locations with one common denominator. First, according to the Minnesota Department of Revenue, charitable gambling annual audits were submitted by then-gambling manager Michelle Halls past their due dates as far back as their records go (2012). This is at the end of the period of time the Department of Revenue has records. (2012, but soon the furthest back they can go is 2013) It is basically a seven-year look back in their records. The 2015 audit was submitted to the state of Minnesota a full 13 months late! Generally speaking, submitting an audit like that 30 days late is very serious but something that would not raise numerous red flags. Submitting an audit 13 months late should have raised countless red flags not only with BCC membership but also with the state. Sadly, those red flags were never raised. Why not? Good question!

This begs the obvious question: why were these audits late? What was going wrong with the Brooten Commercial Club? Also, why were BCC members kept in the dark as to why the annual audit of the organization's charitable gambling operation was submitted to the state over 13 months past the legal deadline?

Two separate issues taking place (2012, 2013, 2014...) with the Brooten Commerical Club, but they had one common denominator: a gambling manager who had control over the charitable gambling operation's government reporting as well as the handling of the Sedan meat raffle money. That common denominator also is still present and in a position of operational control of the gambling operation during most of the period of time that the Stearns County Attorney is suggesting that over $135,000 went missing (May 2016 through December 2018) from the BCC coffers. Their District VII court case covers that two-and-a-half year period. According to the Minnesota Gambling and Control Board, the BCC's gambling manager ceded operational control of the organization's charitable gambling operation in July of 2018. Why did this person do that? (Good question!) From July 2018 to December 2018, the charitable gambling operation's control and oversight was consolidated under just one person (who is now facing a felony charge in Stearns County). Leading up to the end of 2018, any time any person asked any type of question to the gambling manager that related to anything regarding the BCC's accounts or the way it conducted it business, they were rebuked and rebuffed (sometimes publicly and sometimes privately).

Now you have the long answer - at least the nuts and bolts of a long answer to "why?" and "how?"

If you're confused, don't feel bad. It's an utter mess and extremely difficult to understand. The Brooten Commercial Club had many, many moving parts. During the decade of the 2010s, it also operated without a formal board of directors that could apply accountability and oversight to the gambling operation. When explaining this to outsiders, some are shocked and even appalled that a charitable gambling operation could operate without a board of directors.

Additional information will be outlined and featured in future issues of the Bonanza Valley Voice newspaper.