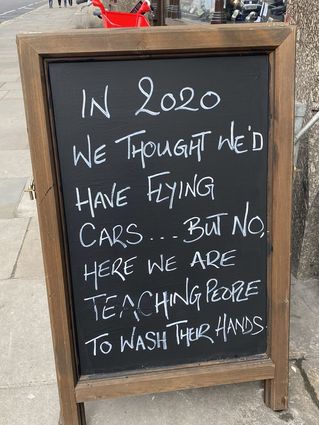 Instead of re-saying what is said in this video...just watch the video. It's wild that so-called health experts are more worried about offending people than about actually stopping a global pandemic.

Another thought: when you read the headline "CNN envisions how coronovirus can help Democrats win"...you know we are in trouble. (That panel of talking heads on CNN was just plain sick to have a discussion like that!)

From Sean Davis on Twitter: "Corporate political media hate you, they hate the country, and they will stop at nothing to reclaim power to rule over you. If that means destroying the economy via a panic they helped incite, all while running interference for the communist country that started the panic-driven hysteria, so be it."