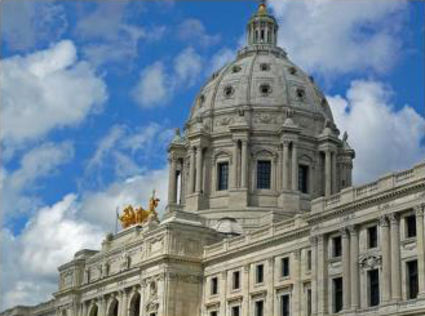 On Tuesday, May 5, Minnesota Management and Budget (MMB) is releasing an updated budget projection for the current biennium, Fiscal Years 2020 and 2021. Minnesota's budget and economic outlook has significantly worsened since the coronavirus pandemic. A deficit of $2.426 billion is now projected for the current biennium, which is almost a $4 billion change compared to the February forecast. Revenues are expected to be $3.611 billion lower and spending, including appropriations enacted since February, is expected to be $391 million higher. The $2.359 billion budget reserve remains available to mitigate the budgetary impact of the crisis. Given the uncertainty about the path of pandemic, the economic outlook will remain volatile for some time.

Thousands of businesses are closed with COVID-19 virus-related stay-at-home orders in effect through at least May 18. Nearly 600,000 Minnesotans have filed for unemployment since mid-March. Consumers are jittery about spending money amid the economic uncertainty.

House Minority Leader Kurt Daudt, R-Crown, issued the following statement regarding the budget update, "Today’s budget update shows that our state is seeing the same financial struggles that families and businesses are facing. Democrat Governors in New York and Wisconsin have already come forward with billions in budget reductions to react to the COVID crisis, and it's time for Gov. Walz to do the same. Families and businesses cannot bear the burden of this crisis alone: government must share in the sacrifice."