A letter for parents of school-aged children

The question to ask is: will the government ever allow this to end? 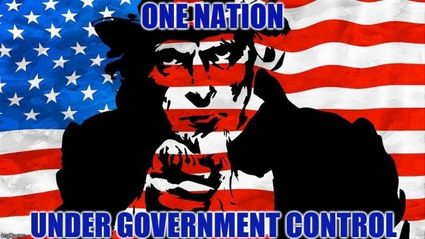 On March 13th Governor Walz said his decision to not close schools was based on science. On March 15th he issued the first of his orders effectively closing schools. He did not receive any "new science" in 48 hours. It was a political decision-he had to be seen doing something in response to the "pandemic".

We always quarantined sick and infected people before 2020. The decision to in effect quarantine healthy people, kids and then workers classified as "unessential" by the government, was a fatal one and enabled nearly all the deaths and suffering which followed.

In a series of mitigation efforts, we continued to quarantine healthy people with lockdowns, social distancing, and masks. We tested people to confirm they had the virus so they could be quarantined. We have quarantined so many teachers and medical staff that we must close schools again and further lock down to avoid "overburdening" hospitals. So many people have been quarantined or quit their jobs that some of those businesses which survived the first lockdown are being forced to close because they don't have enough employees to work the limited hours they are allowed to stay open.

Every mitigation effort caused more deaths than it prevented. The economic destruction, deaths and suffering you can cause with a lockdown continue to astonish as the numbers keep coming in. The other mitigation efforts delayed exposure to the virus while people's immune systems were weakened which increased their risk when they were later exposed to the virus.

If we had not quarantined healthy people, the virus would have worked its way through the population and stopped circulating months ago. Instead it has continued to run into the influenza season, into winter when people will be cooped up indoors unable to "social distance". There would likely have been no later waves of the virus if we had not prevented its circulation through the healthy population in the first one.

Governor Walz locked down the state to avoid "overburdening" hospitals.

On Nov. 10th in his Emergency Executive Order 20-96 Restricting Social Gatherings, Celebrations, and the Hours and Operations of Bars, Restaurants, and Venues to Prevent Further Spread of COVID-19, Walz ordered further restrictions on businesses and ratcheted up enforcement of his earlier orders. He claimed, "Intensive Care Units are on the verge of dangerous capacity shortages in many areas of the state."

In that latest order, Walz reminded us that many more Minnesotans have tested positive for the virus. We recently set another state record for new cases. So, he had to issue another of his record setting number of executive orders.

The reports of the increase in the number of cases or the number of people testing positive for the virus, which we constantly receive from the Star Tribune, Governor Walz, and the Minnesota Department of Health, are rot.

The number of cases, the number of people who test positive, is not relevant. But we are quarantining everyone who tests positive, as many people as we can.

We should not be quarantining people because they were tested positive and are not sick. We should not be testing anyone who is not sick, who does not have symptoms, only to confirm they have the virus so we can quarantine them.

But then we should not have quarantined healthy people by lockdowns, or forced them to social distance or wear masks either, as I have already described.

But we were told by the government that we all had to do our part, we had to keep others safe. So, we all had to social distance and wear masks.

If we quarantined sick or infected people as we have always done in the past, and maybe locked down only people at high risk, this would end. We would eventually run out of sick or infected people to quarantine as the virus ran its course and stopped circulating. It would have probably stopped circulating through natural immunity, formerly referred to as herd immunity, before it could reach some of the people at highest risk.

But those in government who had to be seen doing something (aka politicians), decided that everybody had to be involved in the "war on COVID", terrorized the population to make sure everyone would take the "pandemic" seriously, and quarantined healthy people. This will never end because we will never run out of people who are not sick to quarantine.

The tests are idiotically unreliable and inaccurate, with often embarrassingly high numbers of false positives, and the government does not care ("Better safe than sorry!"). The government cares about the number of people it can quarantine. As long as we quarantine even healthy people, people who have the virus but are not sick, we will never run out of people to quarantine and this will never end.

Governors like Walz did no cost-benefit analysis to consider the cost of the lockdowns, cost in terms of both lives lost and financial cost. If he did, it was not made public. A fifth grader could have told Walz what might happen if he locked down the state.

Governors like Walz did not have an exit strategy for what to do after lockdowns. There was no strategy, there was no exit. We were to continue to be ruled by governors' executive orders in what the propagandists termed the "New Normal" near the beginning of all of this. Lockdowns and mitigation efforts are supposed to be a part of normal life from 2020 on.

If we had not accepted quarantining healthy people by governors like Walz who had to be seen doing something, it would not have been possible to create the "New Normal" for those of us who survive the transition, and for our kids.

This will never end because we are caught in a loop. While we are in this loop, many more people will continue to die because of government interference than ever could have died because of the virus.

Fauci said on November 15th that we will have to continue to wear masks and social distance after the vaccine arrives. He convinced the entire nation that we have to engage in these mitigation efforts including lockdowns and hold our breath until we get a vaccine, and now he's telling us this will continue indefinitely and he's acknowledging a vaccine can never be 100% reliable.

The lockdowns might have been stopped earlier if the public had understood the deaths and suffering that they were causing. But when the media were finally forced to start reporting on some of these collateral deaths, they constantly said the deaths were "caused by the virus", they were "COVID deaths".

They lied. The greatest number of deaths were caused by the government response to the virus, by government interference and incompetence. This virus has a lower fatality rate than influenza did during either of the last two annual flu seasons in Minnesota.

To end this, we must go back to where it started. We must get kids back into full time, normal school. We have absolutely no reason not to. We had no valid, "based on science" reason to close schools in the first place, as Governor Walz and Jan Malcom at the Minnesota Department of Health said on March 13th.

All kids who are not sick, and who do not have other serious health issues, should return to school immediately. Masks and social distancing should be optional for those who want it. Returning to school should be optional for those kids whose uninformed parents still believe this virus poses a serious threat to them. Those parents should keep their kids at home anyway, where they may somehow be able to make it 100% safe at all times. On any given day, kids are at greater risk for getting killed in an auto accident driving to and from school than they are for getting the virus and dying.

If this is going to end, we will have to end it. Government will not. In Minnesota, parents and other grown-ups will simply have to tell Governor Walz that he is not using our kids any longer, sending them home from and shutting down our schools, so he can be seen doing something about the "pandemic".