(OPINION) We are ruled over by evil 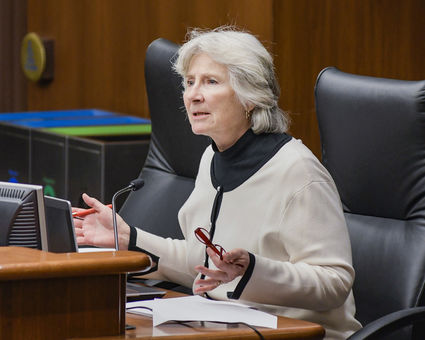 During the Thursday, January 21 press conference with statewide media, Minnesota Department of Health Commissioner Jan Malcolm stated with a high level of disappointment and even dejection that "there doesn't appear to have been a Christmas surge."

Let that sink in for a moment.

For nine-plus months, every time Malcolm is forced by reality to report good news, she sounds disappointed. This has happened over and over again, without exception. To me, it is as if a plan they have in place did not play out like they had hoped.

I'll repeat myself: our state "Health Commissioner" is upset that we had no Christmas surge. Is that not an example of pure, raw, unadulterated evil? I have to ask: would it hurt her to speak with joy and relief that something terrible - something SHE PREDICTED FOR WEEKS would happen - did not happen? Does she have the capacity for that?

For the FULL MONTH of December, Malcolm said each week that she predicted high levels of COVID-19 spread, infections and death taking place after the Christmas holidays. That's fair, because in early December, Minnesota was coming off of its one and only major surge of COVID-19 for this pandemic. What she repeatedly failed to recognize: every week after December 1, the spread, infections and deaths from COVID-19 was on the decline. Even more important: the test positive rate is on an even more steady decline. That's the biggest barometer suggesting that spread is slowing across the state. That is something we should all celebrate considering we are ALL in misery living under Governor Walz's illegal executive orders. These good and positive signs continue to increase weekly EVEN THOUGH we are in the heart of winter, the heart of the traditional influenza season. We are literally at "ground zero" right now (January 23, 2021) for a traditional part of winter when people spend most time indoors. Every part of our Minnesota lifestyle in the dead of winter contributes to poorer health (lack of sunlight, outdoor activity, access to fresh air, less time socializing in outdoor settings). If numbers increase, to act surprised would be to deny science and biology. Every week deeper into winter, we are less and less healthy in terms of our body's ability to fight respiratory diseases. It takes a herculean effort to keep your body in tip-top health in the deepest depths of a Minnesota winter.

Most people - especially working folks - don't listen to these weekly pressers. They take place two to three times a week. This has been repeated since last spring. Even though it's been bad for my own health, I religiously listen to these pressers in my office. I take notes. Sometimes I record the audio so I can play it back later. I've missed around a dozen of them since this all began. It's important to know what your rulers are saying. Even though they won't fully outline their plans for me or you, if you listen to them long enough, you can read between the lines.

These people speak with no knowledge of what their "decrees" and "executive orders" do to people in the real world. They are, in my definition, evil.