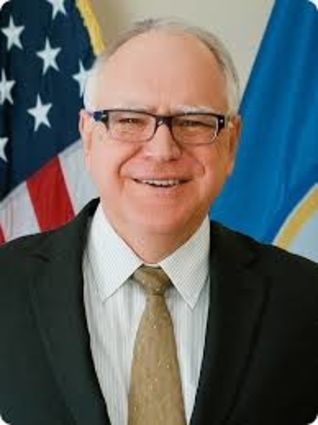 The non-profit advocacy group Let Them Play MN obtained an e-mail from November 18, 2020 in which a political consultant of Governor Tim Walz described a plan they had to blame youth sports for the spread of COVID. This was part of Walz's efforts to shut down fall high school athletics via Executive Order 20-99.

Governor is wanting LTC (long term care) to be thinking about being proactive and aggressive as LTC deaths going back up. Sounds like Commissioner Jan Malcolm and Minnesota Department of Health assistant commissioner Erin Campbell are tracking some data to pull...But for some messaging...as people push back on youth sports and whether they really need to be ended, we need to more explicitly tie youth sports to LTC. People are going to youth sports, sitting in bleachers, eating popcorn and talking with people around them, cheering, then maybe stopping at a restaurant or bar on the way home, then going to jobs in LTC the following day. The spread and deaths in LTC can be traced back to youth sports and some of these social settings.

A federal lawsuit is in play to press the state to come clean on why it's targeted youth sports, and plaintiff damages are also being sought.