Marcia's Bar roars back to life!

Marcia's Bar reopens for the first time since March of 2020 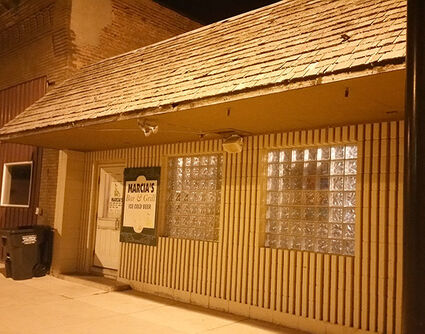 Marcia's Bar shown on Friday night of BVD weekend in Brooten on July 9.

Marcia's Bar in downtown Brooten was, as they say, "Off The Hook!" on Friday night of Bonanza Valley Days 2021. The day of Friday, July 9, 2021 was the first day Marcia's was open to the public since March 17, 2020. The day of July 9 was also Day II of the Bonanza Valley Days 2021 celebration. The whole day was off the hook in town with youth baseball, a craft and vendor show, a firemen's chicken BBQ supper, old-time music at the Pavilion and a street dance in downtown Brooten.

Marcia's Bar was hopping all of Friday night with happy, smiling patrons returning to Marcia Hallerman's bar to show their support for her as well as BVD weekend. The Minnow Shooting contest starts at 10 a.m. on Saturday, July 10 at Marcia's.

Very necessary time off was just what Marcia needed

After being closed for over 15 months, Marcia Hallerman is ready to move forward. The small town bar owner has carried a heavy burden for the Brooten community in recent years as she was part of a multi-person group that swung a big hammer to broke apart a long-running embezzlement scheme dating back to the mid-1990s with the Brooten Commercial Club . Three years after taking on the local Brooten mafia and spearheading the force that stopped the stealing from the community of Brooten and the local bars, after years and years of being the scapegoat for that same mafia while the wheels came off the Brooten Commercial Club, Hallerman is excited to reopen her bar in downtown Brooten this week.

Hallerman has provided counsel, comfort and guidance to the Olson family at the newspaper across the difficult stretch of 2019 and 2020 during moments when we wanted to throw in the towel. Her encouragement helped the newspaper keep going as mafia associates punished The Voice with over 50 subscription cancellations after the story was told on the demise of the Brooten Commercial Club. Thank you, Marcia! We are forever grateful. Here’s to a fruitful and productive latter part of 2021!