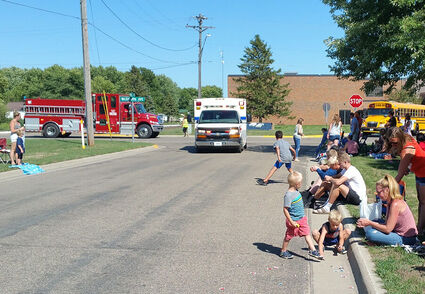 Shown is the Belgrade August Fest parade getting started on August 14, 2021 on Bell Street on the south side of town.

Below is a high definition video recorded at the Belgrade August Fest grand parade on Saturday, August 14. The video was mostly recorded along Bell Street west of the high school.

Additional coverage of August Fest was published in the August 26 issue of the Bonanza Valley Voice newspaper. A summary of various August Fest facts and figures was unfortunately missed in the issue. For example: the number of meals served at the Friday night chicken feed was around 680. There are other items still being gathered from that day to be published in the September 3 issue of The Voice.