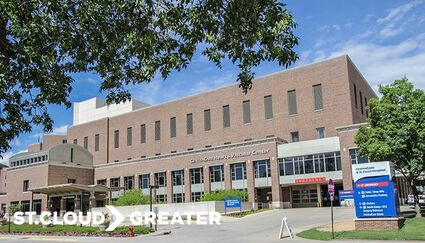 A photo of the St. Cloud CentraCare hospital.

I have learned from two separate sources that multiple hospital beds and hospital rooms are going unused and unoccupied by patients at both Carris Health hospital in Willmar and at CentraCare hospital in St. Cloud. To me, this is absolutely crazy during what major media is describing as a "raging, ongoing" pandemic.

What is CentraCare doing wrong? Why can't they hold onto staff? We all need to ask the question: why are they short of hospital staff? The public deserves honest answers.

Try this on for size: this comment was posted online, and I felt it was worth sharing. What's written here has been told to me personally by numerous health care workers in the past two to three weeks. Health care workers are very, very angry right now. Something has to give.

"I’m an ICU Nurse getting pushed out of the field because of my natural immunity stance and refusal to get these experimental vaccines. Ready to live more humbly on less and gain better relationships with family and friends. I’m so stressed out with the complete flip flop of one year celebrating my sacrifices as a front line health care worker to now being shunned and bullied.

Update: at Carris Health in Willmar, at least 21 nurses have turned in their resignations. A family of one of those nurses has spoken with the Bonanza Valley Voice about what is happening, and it is very, very disturbing. I have monitored the West Central Tribune newspaper website every day this week, and I have seen no mention of what is happening at Carris Health. Why is that?

Addendum: I think we could all have considerable more confidence in the vaccination drive in the U.S. if the White House would butt out. They have caused considerable damage in recent weeks, especially with their horribly premature announcement that all adults could receive COVID vaccine boosters by September 20. We've already seen two F.D.A. officials resign because of the antics coming out of the White House. This is unacceptable! How is America supposed to trust the phrase "following the science" when the White House refuses to do just that?

This country is losing its collective mind right now. Over in New York, they are allowing teachers to take up to five photos of students who are allegedly violating COVID restrictions and uploading them to Department of Education websites/servers. That is just gross. I am fortunate to live in an area where this would never, ever be allowed. The school board members I know would never, ever allow something like that to happen in our local school buildings. Thank God for that. How's that vaccine mandate going for New York City schools? Not well! Over 10 percent of their student population has yet to go to in-person schooling for the 2021-2022 school year. Their braindead mayor's bright idea is to deploy thousands of substitutes in various positions to make up for the looming employee shortage. Repeat after me: train wreck! All reported estimates suggest that 85 to 95 percent of school teachers in New York City are vaccinated. Why that is not enough is beyond me. It is insanity that 85 to 95 percent vaccine uptake is not enough for their leaders. They are in Twilight Zone territory.

AGAIN, thank God none of that nonsense is happening in our local school, where we are not facing labor shortages.

My final point: the point is that you think for yourself! If you only received your information from the TV news, you'd never know that on August 27, 2021, the current COVID wave peaked out at about 181,000 new cases reported. Every week since August 27, the seven-day rolling average has declined. You'd never know that unless you took it upon yourself to look at the actual data put out by the government.