A town in mourning 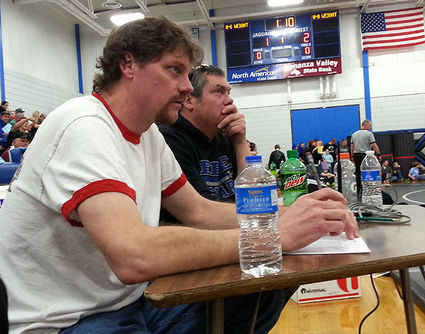 Rick Thonvold at the scorer's table with Thor Amundson at his side during the Jaguar wrestling invitational on Jan. 2, 2015. Rick was a fixture at all home wrestling tournaments while being a die-hard supporter of the B-B-E Jaguars his whole life.

Perhaps nothing illustrates the kind heart and selfless personality of the late Rick Thonvold more than part of the eulogy given by his niece, Amber Thonvold, at his funeral on Monday.

"You would be goofy just to put a smile on our faces," she said, with her sister Nicole by her side at the pulpit at Hope Lutheran Church in Sunburg.