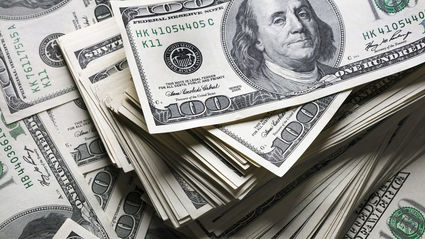 Note: this article was updated on Saturday, June 6 with additional information provided by the I.R.S.

As of June 2, no payments have been made on the BCC's delinquent account with MN-DOR since a $46,016.73 payment was made on January 30, according to state records.

On Friday, June 5, the I.R.S. reported that the initial unpaid tax debt with the federal government was over $33,425 as of December 31, 2019. In January another round of penalties and late fees were assessed to push that amount closer to $37,000. This unpaid tax debt stems from the conduct of former gambling manager Michelle Halls. In all four quarters of 2018, Halls failed to pay the BCC's tax owed from the group's now-defunct charitable gambling operation, even though Halls had been in charge of the group's bookkeeping for the previous 20-plus years and has worked as a tax preparer in Brooten since the 1980s.

Because Halls continues working as a tax preparer in downtown Brooten at her business called Michelle's Accountables, and because Halls continues to hold a position on the Brooten Economic Development Committee, the I.R.S. will take a greater role in the investigation of the BCC's taxes owed to the federal government.

Based on guidance of the I.R.S., the Bonanza Valley Voice will not publish additional details of the investigation in the coming weeks. The I.R.S. did ask specifically if the community of Brooten wishes to restore activity to the BCC as a civic organization. In that case, the bad tax debt would need to be paid in full. An ideal situation during the COVID pandemic is that the BCC would be in operation as a civic group in Brooten and in a position to help individuals, families and the business community during a time of extremely great need. This will be put in front of the public in the upcoming June 18 issue of the Bonanza Valley Voice.

Other comments on the BCC were published in the newspapers' publisher's column in the June 4 issue of the Voice.