Substack: what the truckers want 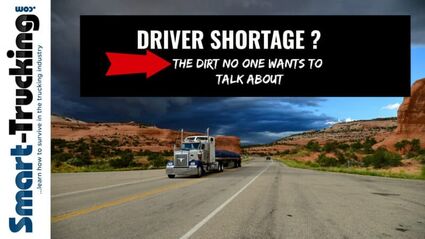 A photo from the Smart Trucking website for an article posted on October 14, 2021 that outlines reasons behind a chronic driver shortage plaguing the North American trucking industry.

Absolutely masterful journalism and photojournalism has been posted on a substack hosted by former New York Times reporter Bari Weiss. She has gathered writing and photos from two individuals that you can find here: https://bariweiss.substack.com/p/what-the-truckers-want. This journalism chronicles stories from truckers in Canada, stories that CNN and MSNBC, among other government mouthpieces, will not share.

It's wild to see workers who push a message that is unfavorable to the elite and ruling class being castigated, lied about and even threatened by the government. That should scare everyone. It is a chilling concept. Are you paying attention yet?